Suppose you are racing around the world in a fleet of custom 75 foot ocean racers in a year-long, 14 leg 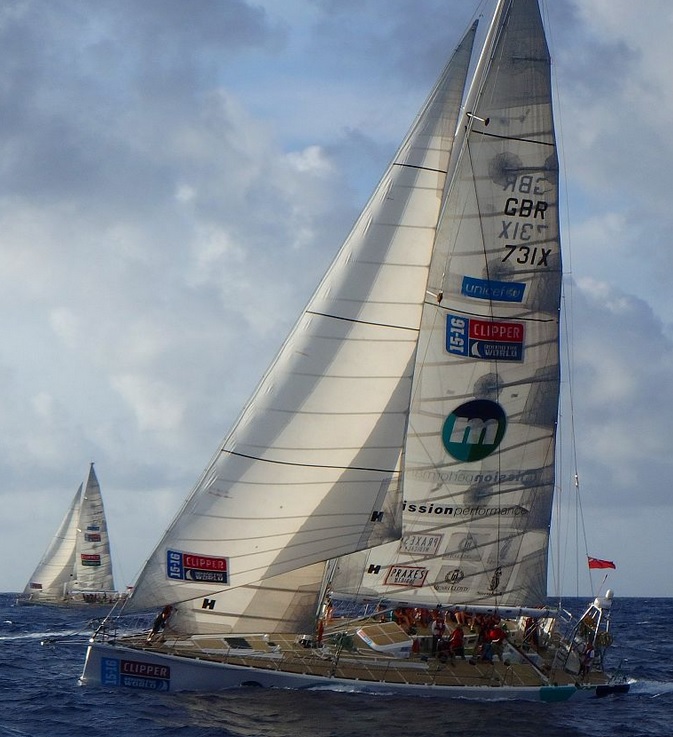 adventure and during the 11th leg, heading for NY, you hit something...hard.

.
Who you gonna call?
.
Panicked, the Race management called Norwalk Cove to not only replace the bow section on the boat "City of Seattle" that went missing after a container encounter or such "somewhere between Panama & NYC" but to also create a new rudder for "Qingdao" to replace the one that was torn off after hitting something in NY harbor during a media demo sail (pretty embarrassing, after sailing around the world).
.
The hitch was that both projects had to be completed during the 12 boat fleet's four day layover in NYC...
.
As "City of Seattle" headed from NYC to Norwalk to be hauled on Thursday afternoon, a dive team removed the damaged rudder from the 2nd boat in NY and drove it to Norwalk.  Rob Gardella and his team at Cove tapped on local resources to help, and, armed with CAD drawings of the rudder shaft and internal stainless steel web, located the proper metal at the Copps Island Oyster Company's repair shop. The crew at Cove worked round-the-clock to fabricate and weld the metal parts by Friday afternoon. (Thank you Carlton!!)
.

A fiberglass laminating team from Cooley Marine was available after their shift at a nearby wind turbine blade project and worked from Friday afternoon through late Saturday night at Cove to create the foam core and fiberglass outer shell of the rudder and to re-create the missing bow section of "City of Seattle" to exactly match the original. Meanwhile the crew from "Seattle" was repairing and restocking the boat for the next leg.

By late Saturday night everything was completed. The "City of Seattle" launched early Sunday and with the rudder for "Qingdao" loaded on the deck. Upon arrival in Manhattan, the dive crew installed the new rudder on "Qingdao" and both boats were on the starting line Monday morning and leading the pack the first day out on the race's next leg to Ireland.

For Info on the Clipper Round the World Race, click... HERE